I certainly can help you! Plantar fasciitis is inflammation of the long band of fibers (fascia) that run from your toes to your heels. It helps support the arch and absorbs shock. Plantar fasciitis is caused by repeated micro tears in the plantar fascia which cause the inflammation and Pain! Injuries to the foot, repetitive pounding from running or other weight bearing exercises and standing
on hard surfaces for a long period can strain the fascia. Over pronation is also a common cause of plantar fasciitis. When a foot over pronates, it means the arches have dropped, sometimes so severe, it leads to a flat foot. A flat foot does not absorb shock that well. You can tell if you over pronate by looking at the heels of  your shoes. Do the heels wear out unevenly? Is one of
your legs shorter than the other? Do your feet “toe out” when you’re walking? The first thing I would do when you come to my office is do a weight bearing 3 D digital scan of your feet. This will show us where the imbalances are in your feet when you are standing. Feet are the foundation for your entire body. When your body is out of balance because your feet are not level, it will shift
your entire body out of alignment and you can feel pain throughout your body. For example, if your right foot rolls in, or over pronates more than your left foot, your left hip will be higher than the right, creating a curvature in your lumbar spine which can lead to degeneration in the discs and Pain. Over pronating also causes the knee to internally rotate which over time can cause arthritis
in your knee. I use cold laser therapy to reduce the pain and inflammation and to promote healing in the tissue. I can also fit you with custom functional orthotics to bring your feet back in to balance. They absorb over 80% of the shock that would other wise be absorbed by the fascia. They are not a rigid orthotic. They are very comfortable and my patients love them! Gina, of Farmington: “I came to Dr. Gibson with debilitating foot pain in both feet. After 8 sessions of Cold Laser Therapy on both feet and the new inserts that Dr. Gibson fitted me for, my pain
level has gone from a 10+ to barely existing. I couldn’t be more pleased with my results… the overpronation that had become habit for me was crippling me. Now, I sleep through the night without excruciating pain and cramping in my feet and I’m able to walk immediately when I get up. Thank you again Dr. Gibson!!” Call 479-587-0227 to make an appointment.

When you feel stressed, try listening to calming music. Music has been shown to have a positive effect on the brain and body. It can lower your blood pressure, your heart rate and it also has been shown to reduce the stress hormone cortisol. Too much cortisol in your body can lead to impaired cognitive performance, suppressed thyroid function, blood sugar imbalances such as hyperglycemia, decreased bone density, decrease in muscle tissue, lowered immunity and inflammatory responses in the body, slowed wound healing, and increased abdominal fat.

If you’re feeling overwhelmed, use a lifeline – call a friend! Good relationships with friends and loved ones are important to any healthy lifestyle, and being able to unburden yourself with someone you trust can put everything in perspective. You don’t have to be on the phone for a long period – just hearing a friendly voice will make things better.

Our stressed out lifestyles have led to decreased deep breathing and more shallow breathing, which puts stress on our bodies due to a lack of oxygen. If you have the time, try this easy 3 to 5 minute exercise: sit in your chair with your feet flat on the floor and hands on top of your knees. Breathe in and out slowly and deeply, concentrating on your lungs as they expand fully in your chest. When you are finished,  you will find your mind is clearer and your stress is decreased.

The modern perception of yoga is that it creates a thin, toned body — and while it can certainly help whip you into shape, let’s not forget the psychological and emotional benefits of a carefully constructed asana practice. Spending a few mindful moments in these postures can quickly help to relieve the stress of everyday life.

If being physically healthy is one of your main priorities, you’re definitely heading in the right direction, but your emotional and psychological health is just as important! Yoga is an amazing workout that has the potential to fill every need.

This is one of the most practiced poses in any yoga sequence. The effects of downward dog help stretch, strengthen and neutralize the spine while rejuvenating the mind with its slight inversion. The opposite flow of energy is great for respiration problems common with stress and anxiety.

Use a small pillow or blanket to raise the sit bones off the ground and dive into a seated forward fold. Staying in this pose for a solid three minutes can help relieve tightness in the hamstrings, which pull on the lower back. Many of us feel stress in our backs, so practicing this posture helps to relieve that tension.

Even if you prefer a supported child’s pose, the therapeutic benefits are endless. Calm your brain, relax the hips, and gently stretch into the ankle joints. Many find this pose in the middle of a practice simply to come back into their own body.

The pose to end a yoga practice has its many benefits. Allowing your body to melt into your mat and the earth helps to ground the mind. Slowing the breathing and becoming aware of the present gives a chance to surrender to the moment and release any stressful thoughts.


Find your way into a comfortable cross-legged seated position. Ground your sit bones, let your hands rest easy, close your eyes and enjoy a minute of solitude. The name says it all.

Viparita Karani (Legs Up the Wall):

This supported inversion drains the body of toxins and releases bad energy. Simply changing the path of blood flow creates new energy. Easy inversions like legs up the wall reduce ailments like headaches, insomnia and anxiety, and is even believed to help with mild depression. 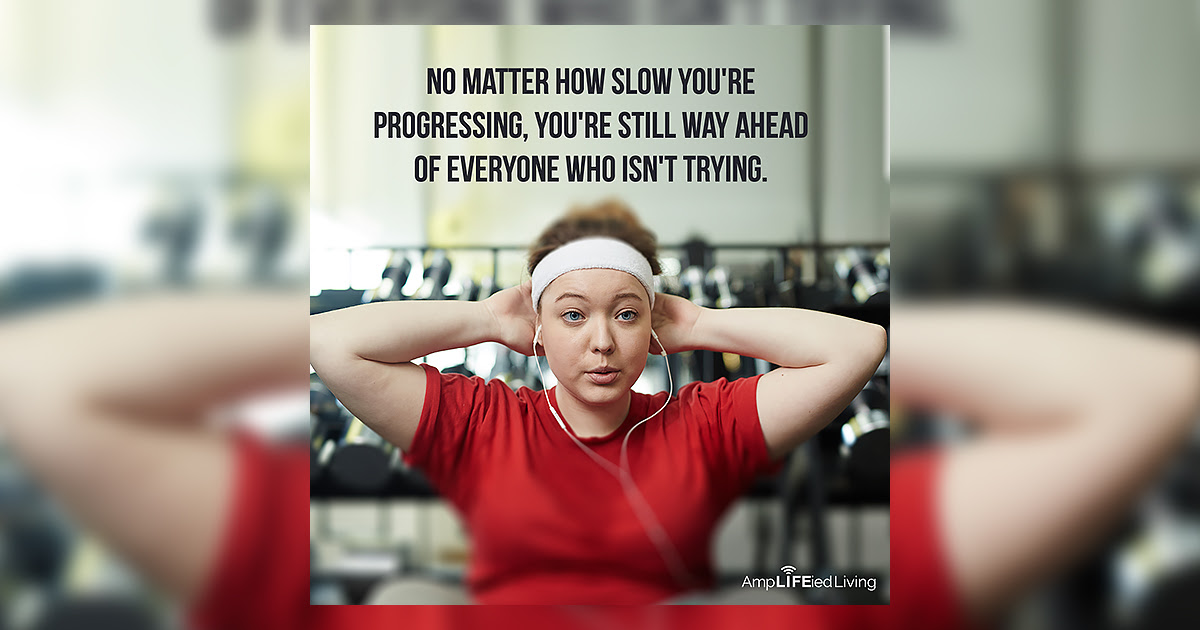 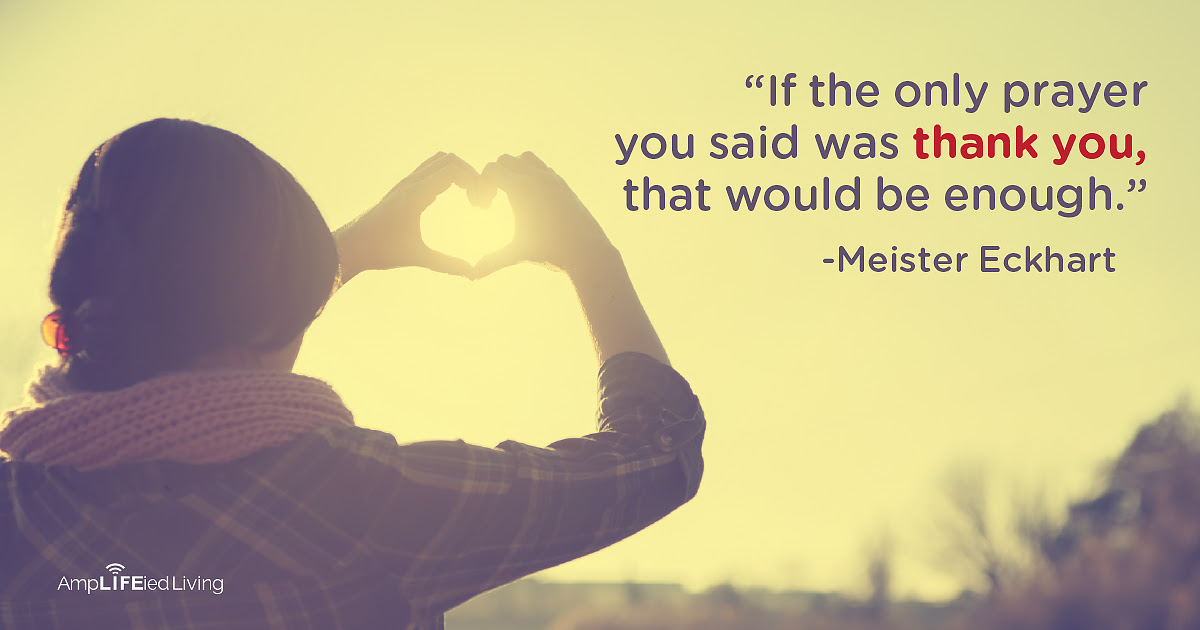 Most adults probably know that we need to watch our sodium intake in order to reduce the risk of high blood pressure and heart disease. However, sodium is harder to avoid than you might think. That’s because the typical Western diet includes a lot of processed and prepared foods, most of which contain a great deal of salt. If fact, approximately 90% of our daily sodium intake comes from these kinds of foods. Only 10% of the salt we consume is the direct result of salt being added as seasoning during cooking or while sitting at the table. This means that reducing the amount of processed and prepared foods in our diet is really the key to taking control of our sodium intake. However, once you take control, it becomes very important to have seasoning alternatives to traditional table salt. Let’s talk about “why” and then about “how”.

Excess intake of sodium chloride raises the risk of stroke and heart attack. However, studies have also shown that LOW salt diets can also increase your risk of dying from a heart attack or stroke. So the best advice available at the moment is to keep sodium chloride levels down to a reasonable level and eating the right KIND of salt. The trouble for most of us is that our taste buds get in the way. The simple truth is that our tastes have been shaped by our diet, which (for most Americans) tends to be heavy on fat, sugar and salt. When these things are reduced or absent, our food tastes bland to us unless some other flavor picks up the slack—even when we cook everything from scratch. So what’s to be done?

Part of the answer is to rethink salt. Typical table salt is 98% sodium chloride and 2% anti-caking material. Other trace elements (the kind found in natural sea salt) are usually removed during processing. But these trace elements—including calcium, potassium and magnesium—are actually important for our health and they add interesting flavors of their own. This is why some nutrition and culinary experts suggest that you use natural, unrefined salt in your salt shaker. This type of salt sometimes goes by names like “Celtic” sea salt or “gray” sea salt. The gray color indicates that the salt has not been bleached and stripped of other minerals. It usually tastes a lot better too, providing a richer and fuller flavor to your foods and allowing you to use less of it to achieve the same effect.

What about so-called “salt substitutes”? For the most part, these have been shown to fall short of the mark in terms of flavor. Consumer Reports conducted a blind taste test of four different commercial salt alternatives, almost all of which tasted metallic, bitter, or had an unpleasant aftertaste. The exception was Diamond Crystal Salt Sense, which tasted nearly like salt, and had about a third less sodium than table salt.

If you want to remove the salt shaker entirely from the dinner table, however, there are a few alternatives for adding flavor without the sodium. Perhaps the most healthy and flavorful of the salt alternatives is kelp flakes. Because kelp is a sea vegetable, the flakes not only impart a salty flavor, but they also provide a lot of minerals, particularly iodine, which has been added to common table salt for years to reduce thyroid disease. Kelp has naturally occurring iodine, in addition to folate, calcium, iron, magnesium, potassium, phosphorus and vitamin K. If you have thyroid problems, however, be sure to consult with your doctor before using kelp flakes.

Other tasty alternatives to using table salt in your cooking are garlic (try roasting a few cloves drizzled with olive oil in the oven for 30 minutes, then blending it into potatoes, pasta, etc. for an almost sweet, nutty flavor), herbs and spices. These can add considerable flavor without adding sodium.